Knitting – Risky All ‘Round

Having a chronic pain in the wrist, the right wrist no less (I’m right-handed), is truly devastating. It affects everything about me. Picking up and carrying my son, crafting, cooking, music-playing…it was painful to do any of those things! The doctor told me it may or may not ever improve, just keep resting it. Uh huh…….. . So it has been about 6-7 months since I’ve dared to properly knit/crochet. I did do some tatting (I am really thankful for tatting!!) but haven’t had time to sew.

Due to this restriction, I have avoided Ravelry because it was too depressing and too tempting, but of course, I eventually logged on to just take a little peek at what my friends were making, and stumbled across the Kira Hooded Vest and I thought to myself, “thickish yarn, biggish needles…might not be too harsh on my wrist…”. Better than the lacy shawl I was attempting…duh.

I told myself to knit REALLY slowly, and I think I did, so the fact that it only took 4 days (I took 2 days’ rest in between) is a true testament as to how easy and quick this knits up. 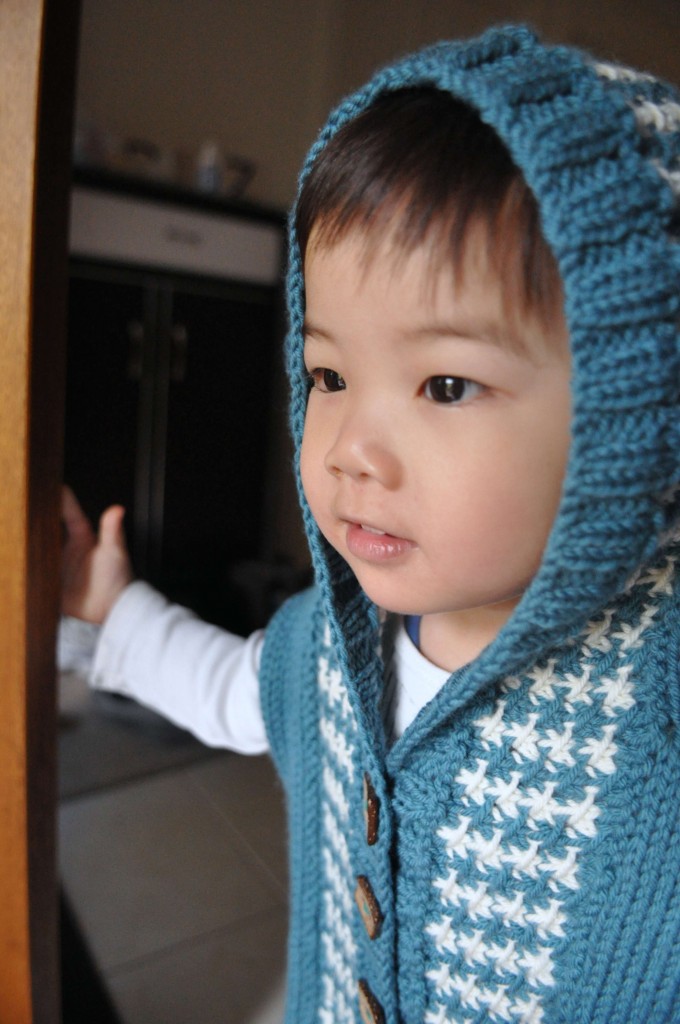 I call this the “Risk-Taker’s Hoodie“.

Specs:
Yarn: Debbie Bliss Cashmerino Aran (4 x Teal, 1 x Cream)
Needle: 5.0 and 5.5 (I was aiming for a bigger garment so I adjusted my gauge slightly)
Size: 18-24months (Using the instructions for 18months, knit with looser gauge)
Mods: Used Kitchener Stitch instead of the 3-needle Bind-off for the hood.

If I were to knit this again (tempting tempting) I would start with a ribbed bottom edge to go with with the button placket section.

Why “Risk-Taker’s Hoodie”? Well….
1. I am taking a huge risk knitting properly again;
2. I grafted with Kitchener Stitch when I had an ODD number of stitches (GASP!)
3. I don’t normally like to play around with gauge-changing…:p
4. This was made for my son, who has seemingly inherited my kind of risk-taking…his biggest risk being his habit of doing things I just told him not to…SIGH. 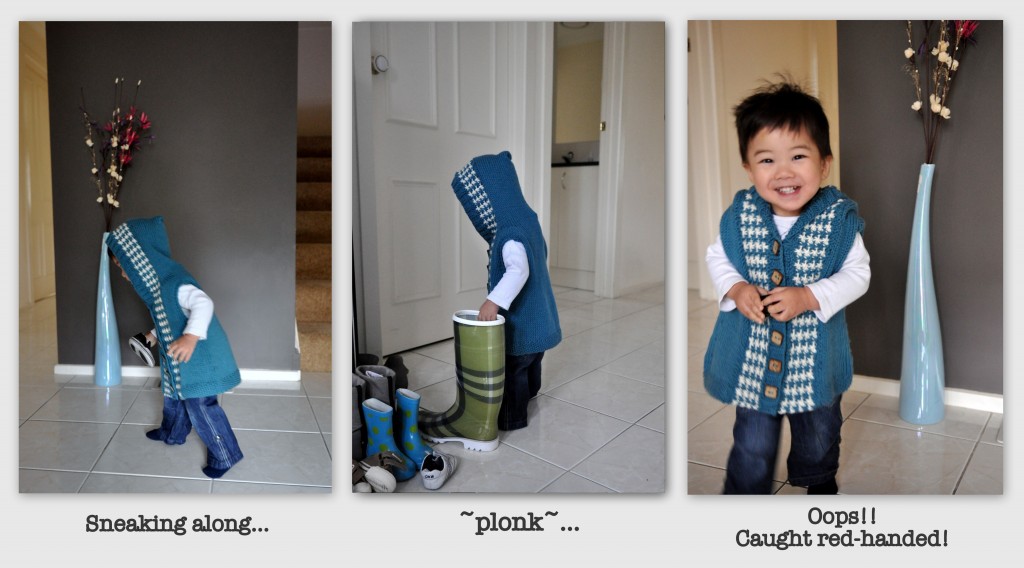 Another wonderful, fun, quick knit. Oh and for once, I am completely satisfied with the buttons I found! I chose square buttons because they somehow really work with  white stars on the hoodie, which are in some ways, squarish….if you get what I mean :p 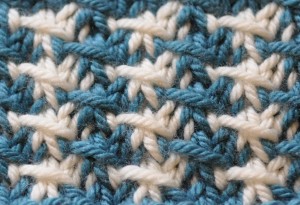 I found that my wrist felt a bit stiff every time I put down my knitting. I massaged it very often and tried to keep it warm. Hopefully this is a good indication that with even more rest, the pain WILL go away eventually?

This entry was posted in Knitting. Bookmark the permalink.