Backing up a bit

Oh dear friends, I do apologise for being away for so long without a word. Turns out moving houses with a bub is really THAT difficult. Eeks…so much to say to bring you up to speed.

So we were moving 1.5hrs-drive away…which meant EVERYTHING had to be up and removed on the same day because it would’ve been too difficult to go back and forth with Hubby starting work 2 days after the move (with no time off before the move either), and lugging our little bub around as well. By December, Bub had decided that he would take to commando crawling at super speed, so the entire time we were packing up the house, I was also chasing after him most by myself.

I did think of one way to steal some time to pack while entertaining said bub: 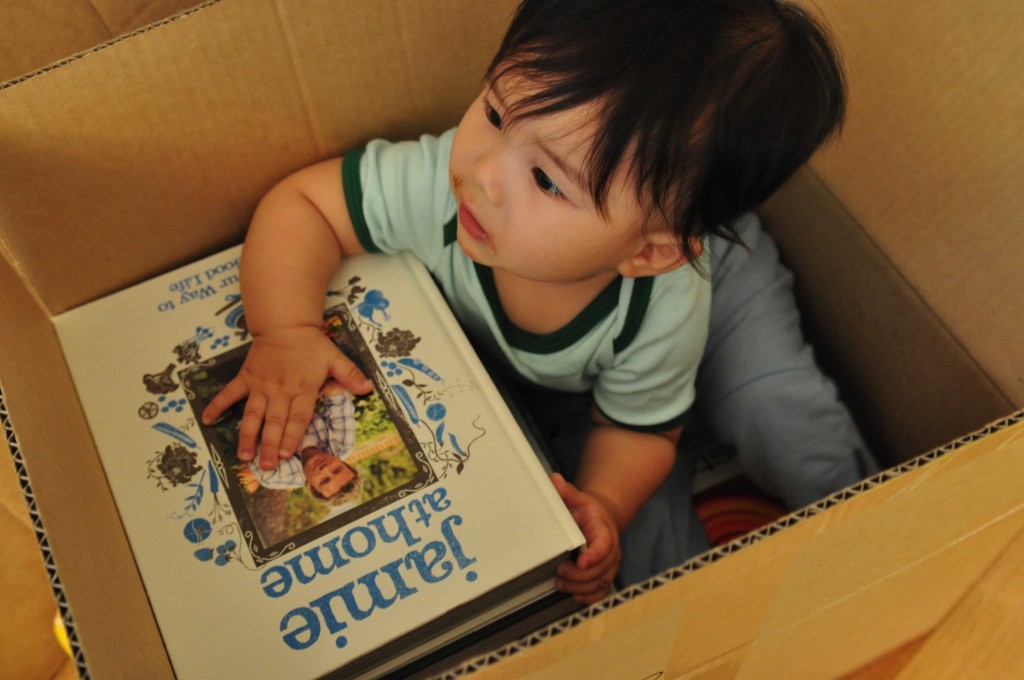 Sure kept him “contained”…

Of course though, I had to procrastinate a tad…a bit…….OK a lot, and my sister was telling me how my 1.5yr-old niece had learned to call me “yeeyee” (it’s what one’s mother’s younger sister is called in Cantonese) so I thought I’d knit her a Summery item to encourage more of this aunty-love (teehee)

I used Australian designer, tiKKi‘s “Acacia vest pattern to make her a dress

Please excuse the sloppy photography this time ’round! 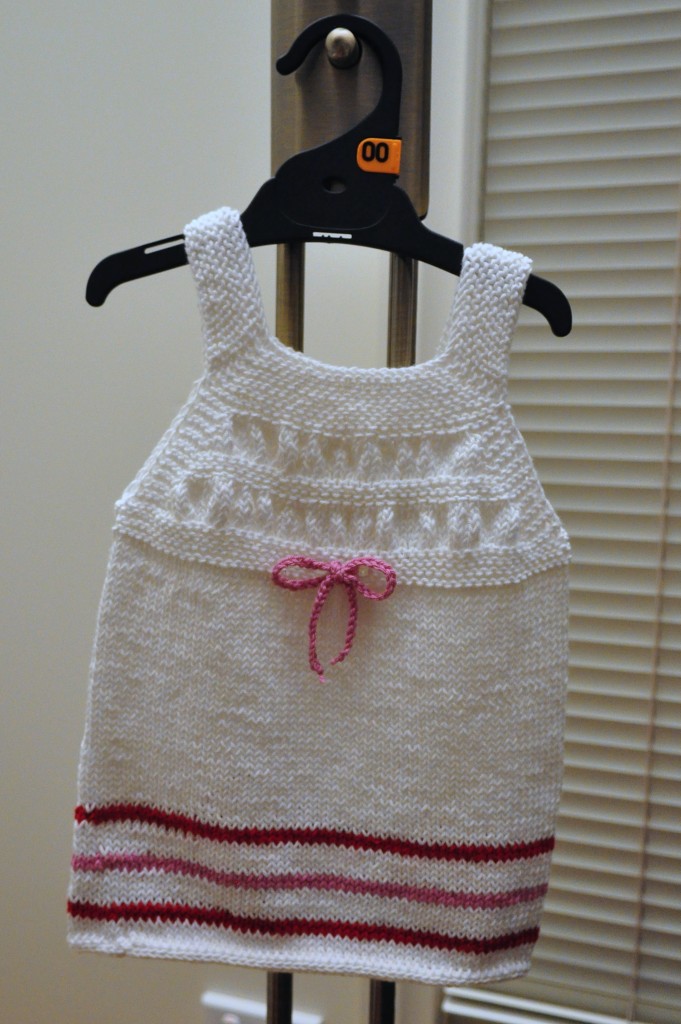 I used Panda’s Cotton Blend…(awesome!). The colour ribbon is sufficient for a vest, but for a dress, I thought it needed a little more, so I put in some stripes before finishing up with the applied I-Cord, using the “Traveling Jogless Stripes” explained here. TECHknitting is the most fantabulous site for tricks and tips by the way! 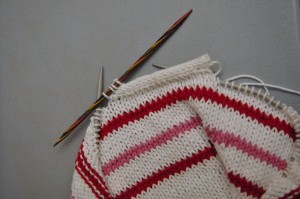 So here’s my gorgeous niece. She kept pulling the ribbon out and using it as a bracelet and toy instead…little munchkin 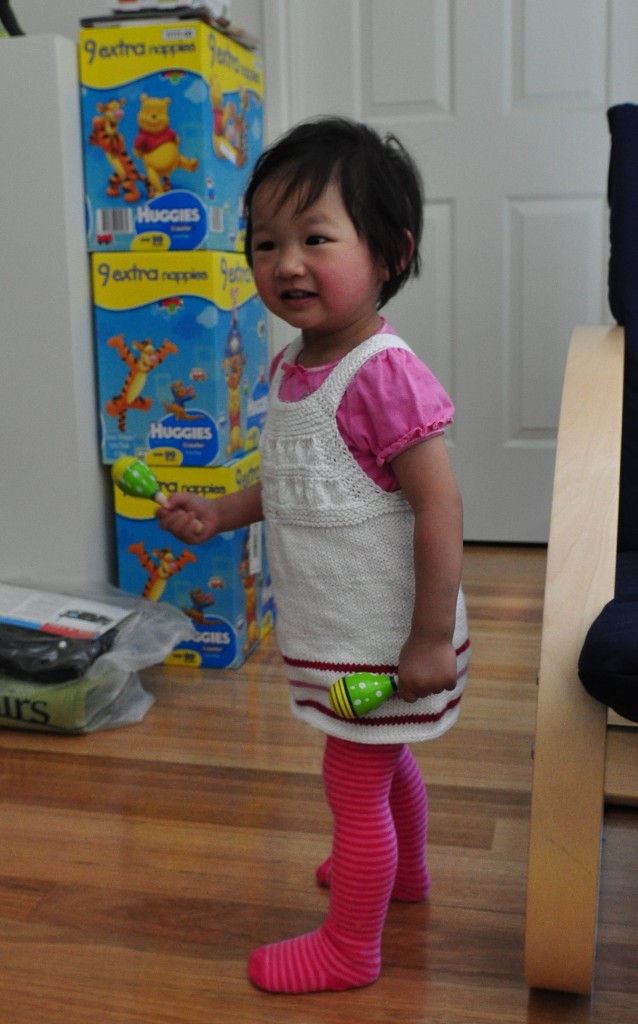 This entry was posted in Knitting. Bookmark the permalink.

4 Responses to Backing up a bit